Philip Morris International was the first major international investor in the newly restored independent Republic of Lithuania, and has been operating in the country since 1993. Paying great attention to equal opportunities, the company fosters a diverse, inclusive corporate culture and gender pay equality.

In 2023, Philip Morris Lietuva celebrates its 30th anniversary. As one of the largest investors both in the Klaipėda region and in Lithuania as a whole, and with more than 500 employees, Philip Morris Lietuva has created a fully functioning ecosystem around its factory, which ensures work for hundreds more specialists through the supply, storage, logistics and other services it purchases. Since beginning its operations, Philip Morris International has invested a total of EUR 350 million in its factory in Klaipėda.

The company exports the products made at its Klaipėda plant to 33 markets globally, including Italy, Japan, the Scandinavian countries, Austria, the Netherlands, Belgium and others. Around 1.7 per cent of production from Philip Morris Lietuva remains in Lithuania.

The company credits the skills and commitment of its local employees as key to its expansion and success. Every year since 2019, Philip Morris Lietuva has received a certificate of equal pay for men and women from the non-profit organisation Equal Salary. Every year since 2015, the company has been awarded the certificate of ‘Top Employer’, and since 2020, the award ‘Wings of equal opportunities’, for the application of the principles of equal opportunity principles across the organisation.

In almost 30 years, our factory in Klaipėda has become an extremely important, technologically advanced part of Philip Morris International. We will therefore ensure continuing investments in the people working here, the company culture and in modern technologies, so that our Klaipėda factory will be a good example for manufacturing companies not just in Lithuania, but globally. I believe Philip Morris Lietuva will continue its sustainable development and activities, which in turn will continue to create development and growth opportunities for the community of the Klaipėda region.
Levent Garip,Director of Operations at Philip Morris Lietuva
Looking for more in-depth insights?
Nadežda Bausienė
Head of Manufacturing Team 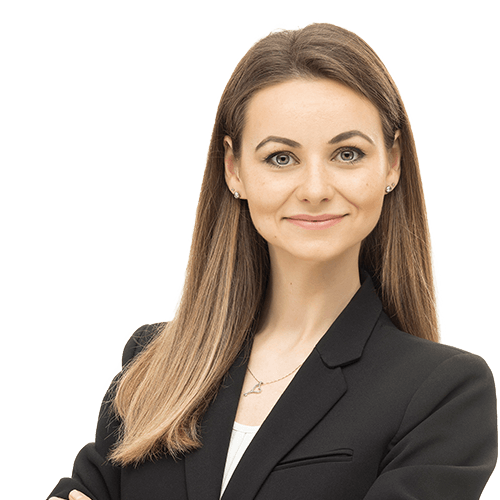 Get in touch
Nadežda Bausienė Head of Manufacturing Team