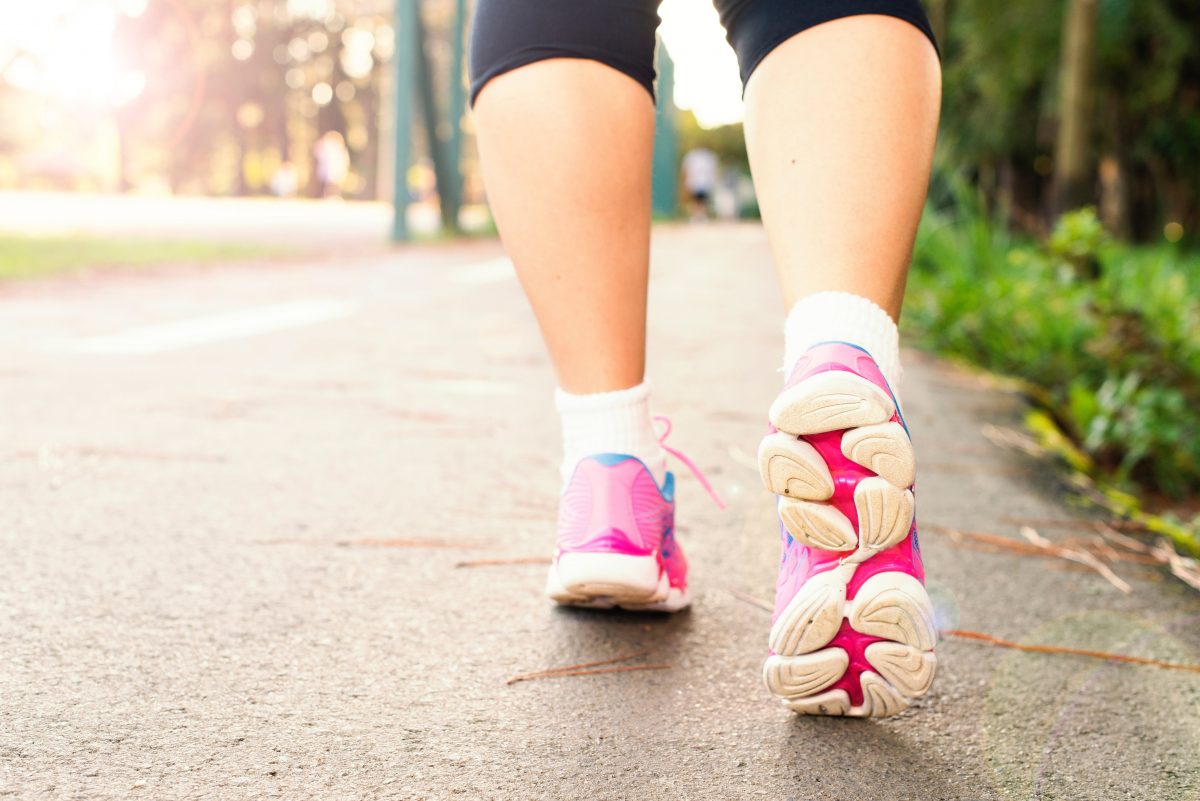 By introducing the “alone together” walking feature for companies in the context of the pandemic, the developers of the #walk15 mobile walking app attracted 240,000 Eur investment and began an active expansion into foreign markets.

Launched in July 2019, the mobile walking app today unites over 190,000 users. The app, which provides users with number of useful walking features, beginning with a pedometer and a virtual cognitive trails platform, ending with the opportunity to use special offers with a unique step discount, is actively used by residents of more than 40 countries around the world.

According to Vlada Musvydaitė, the creator and CEO of the app, the solution implemented at the beginning of the pandemic – private step challenges for companies – gave a significant boost for growth. In the first quarter of this year alone, more than 200 companies operating both in Lithuania and in various countries of the world used this function.

Responding to the need that has emerged in the market during the pandemic, the solution has taken the app to the top of the most popular ones. At the beginning of the spring, the popularity of the app in the country surpassed such applications as “Microsoft Teams” or even the communication platform “Zoom”. Today, #walk15 counts an average of 20,000 users growth per month.

“At the beginning of the app’s development, our focus was on developing virtual routes platform. After the quarantine was announced, we were forced to rethink our strategy. Unable to encourage people to move between municipalities or to come together on one of the routes, we realized that we could respond to other new needs of the business sector. When companies moved from their work environments to home, we implemented the functionality of the private steps challenges, which allowed communities to remain active and united even during quarantine”, says Vlada Musvydaitė, CEO of the #walk15 mobile app.

Companies that are looking to create a challenge on the #walk15 app can choose a common goal to collect steps or to grow virtual trees, that illustrate sustainability. In the private steps challenge, you can choose whether you walk in teams or individually. Each week, the participants of the challenge are reached by informational messages corresponding to the idea of ​​the company’s challenge, and the most active walker or team of the week is announced.

The success of the functionality for companies and the rapid growth of the app attracted investors. In addition to this, the “70ventures” foundation has allocated 240,000 Eur investment to the #walk15 app.

“We could see that #walk15 generated an amazing number of new users. We see it as a global phenomenon, helping global businesses to engage with their clients and team members around sustainability and health. The most promising function of the app is the fact that businesses can easily interact and engage with their large communities around the world”, says Per Moller, managing partner at “70ventures”.

Until now, most users of the app have been acquired from Lithuania. However, with the interest in walking challenges from international companies such as “Adform” or “Vinted”, the activity of consumers in foreign markets also increased significantly at the beginning of this year. Today, Sweden, the United Kingdom, Norway, the United States, Germany, and Latvia are among the countries most actively using the #walk15 features.

The team of Walk15 company shareholders consists of Dominykas Cibulskas, who is responsible for the development strategy, and the IT company “Kiro.tech” led by Gintarė Žilaitytė. According to D. Cibulskas, the attracted investment will be the beginning of active development abroad.

“I believe that we all have the same vision of development – in the next 5-7 years, the mobile application #walk15 must become the leading application in the Health & Fitness category in the world. This investment is the first step in starting the journey towards this goal”, says D. Cibulskas.

At the end of last year, the developers of the #walk15 app predicted to reach the 200,000 users threshold in 2021. Following current growth trends, this limit is expected to be exceeded as early as June. According to V. Musvydaitė, the head of Walk15, the company’s near plans are to strengthen the international sales team and the circle of companies using the app abroad.