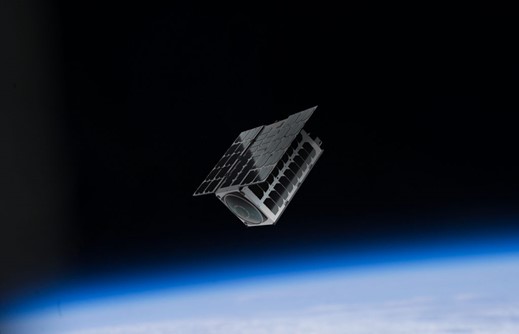 Looking up to the stars: space tech in Lithuania

Space is one of the areas where Lithuania has made a strong entry. Today more than 30 Lithuanian companies participate in space supply chains, a number that is expected to more than double within the next five years. The space sector is one of the fastest growing with an annual growth of 6.7% per year. “By participating in international Space programmes, Lithuania proves it has a strong tech sciences ecosystem and high-tech industry needed for participation in the global space market”, says Aušrinė Armonaitė, Minister of Economy and Innovation of Lithuania.

From the Cold War Space Race to the first Lithuanian satellites

Space topic is not new in Lithuania. From the world’s first attempt to regularly observe sunspots at the Vilnius University Astronomical Observatory, one of the oldest observatories in Europe, to Lithuanian émigrés working on NASA missions, including the Apollo programme, Lithuania has been participating in European and global space exploration for decades.

In 2014, Lithuania turned a new page in its history of space technology with the launch of the first Lithuanian satellites. LituanicaSAT-1, developed by researchers at Vilnius University, and LitSat-1, built by a joint team of scientists from Kaunas University of Technology and Space Science and Technology Institute, were deployed from the International Space Station. Transmitting radio signals and images, both satellites served as a test bed for Lithuanian space technology.

Established by the team behind LituanicaSAT-1, NanoAvionics is a satellite technology company with more than 110 successful satellite missions and commercial projects under its belt. Specialising in building nano and microsatellites–small-scale satellites weighing under 150 kilograms–and providing the whole infrastructure necessary for satellite missions, the company is a trusted partner for the most well-known players in the global space industry.

The fact that NanoAvionics sprouted its roots in a country without extensive aerospace heritage and has grown to become one of the leading small satellites and their mission infrastructure providers globally is a real testament to the ingenuity and determination of our talented team. We are proud to continue fostering more and more aerospace professionals in Lithuania and we believe the space sector can reach beyond the Moon here, metaphorically speaking. We are in a great position and now is the perfect time to make the most of this industry’s enormous potential.
Vytenis J. Buzas, CEO and co-founder of NanoAvionics

“NanoAvionics produces satellites for governments, space agencies as well as private companies in the US, the UK, the UAE, France, Chile, Singapore, Mexico, Norway, and other countries around the globe, establishing itself as a market leader in the small satellites’ domain”, says Vytenis J. Buzas.

Recently Norway‘s Kongsberg Defence&Aerospace (KONGSBERG) has placed an order for three microsatellites with NanoAvionics for a space-based maritime surveillance mission covering the North Sea area. All three satellites will be based on NanoAvionic‘s largest satellite bus so far, the MP42 microsatellite bus. “Supplying the initial satellites for the first Norwegian maritime constellation for KONGSBERG, together with its more than 200 years of company history, makes this project very special to the entire team at NanoAvionics,” said Vytenis J. Buzas.

Radically smaller than conventional satellites, NanoAvionics’ satellites are cheaper and faster to build but are suitable for numerous applications, from Earth observation to scientific missions. The company has developed the first satellite in low Earth orbit to provide the 5G Internet of Things (IoT) services and its US subsidiary will build a nanosatellite hosting a mini astrophysical observatory for the Los Alamos National Laboratory in the US, one of the largest science and technology institutions in the world.

Autonomous system for sustainability in space

NanoAvionics is one of the founding members of the recently established space technology cluster at Visoriai Information Technology Park, a community of high-tech companies in Vilnius. Pooling the expertise and know-how of Lithuania’s most promising space industry players, the cluster seeks to speed up the development of new technologies and bring them to the global market.

Among the cluster’s co-founding companies is Blackswan Space, a start-up that builds AI-driven satellite autonomy solutions. Such autonomous systems offer a major advantage in on-orbit servicing missions, such as inspections, repairs, and refuelling, and help to tackle sustainability issues in the space environment, such as space debris.

According to Antanas Petrovas, Business Development Manager at Blackswan Space, with the number of satellites in space increasing exponentially, the amount of space debris is also growing.

’We are helping to address this problem with our autonomy platform,’ he explains. ‘It enables a spacecraft to see and perceive its surroundings, and to make and execute decisions autonomously or with minimal human intervention. This makes space debris removal missions cheaper and more effective.’

Currently carrying out laboratory tests of its technology, Blackswan Space plans to launch its first autonomous demo mission in the near future. Alongside technological development, the start-up also focuses on commercialising its solution, and has recently completed a leading European accelerator programme Fit 4 Start in Luxembourg. To participate in the highly selective programme, Blackswan Space beat more than 200 start-ups from around the globe.

In 2021, Lithuania became an associate member of the European Space Agency (ESA). This brings new opportunities to Lithuanian scientists and space technology companies. ESA which is a European equivalent of NASA, has a major impact on the daily lives of people around the world. According to Aušrinė Armonaitė, the status of an associate member of the ESA allows Lithuania to participate in various ESA programs, which are selected at the discretion of the Member State, taking into account the strengths of the country’s space sector.

Lithuania’s new status as an ESA associate member also means Lithuanian citizens are now eligible to apply for all ESA vacancies, including astronaut positions. While the country waits for the first Lithuanian to fly to space, Lithuanian flag has literally already made it into orbit. Jared Isaacman, one of four crew members of SpaceX Inspiration4 flight – the first-ever all-civilian space tourism mission – flew the Lithuanian tricolour into space at the height of 585 kilometres. The flag, now exhibited at the Lithuanian Museum of Ethnocosmology in Molėtai, broke two records: it is the largest Lithuanian flag that has been in space (1.5 x 0.9 metres) as well as the highest display of the Lithuanian flag in space.

Lithuania is now in the process of establishing a European Space Agency Business Incubation Centre (ESA BIC). BICs are the largest network of space incubators in Europe. The main objective of ESA BICs is to support entrepreneurs with a space-based business idea, thereby creating and growing clusters of space related start-ups across Europe. All ESA BICs are managed by local champions who connect their ESA BICs to their local industry, universities, research organisations, government, and investor communities, while also maintaining strong regional/national links. This makes the ESA BICs very well embedded in the local communities as well as the place of choice for all space related innovation and business.