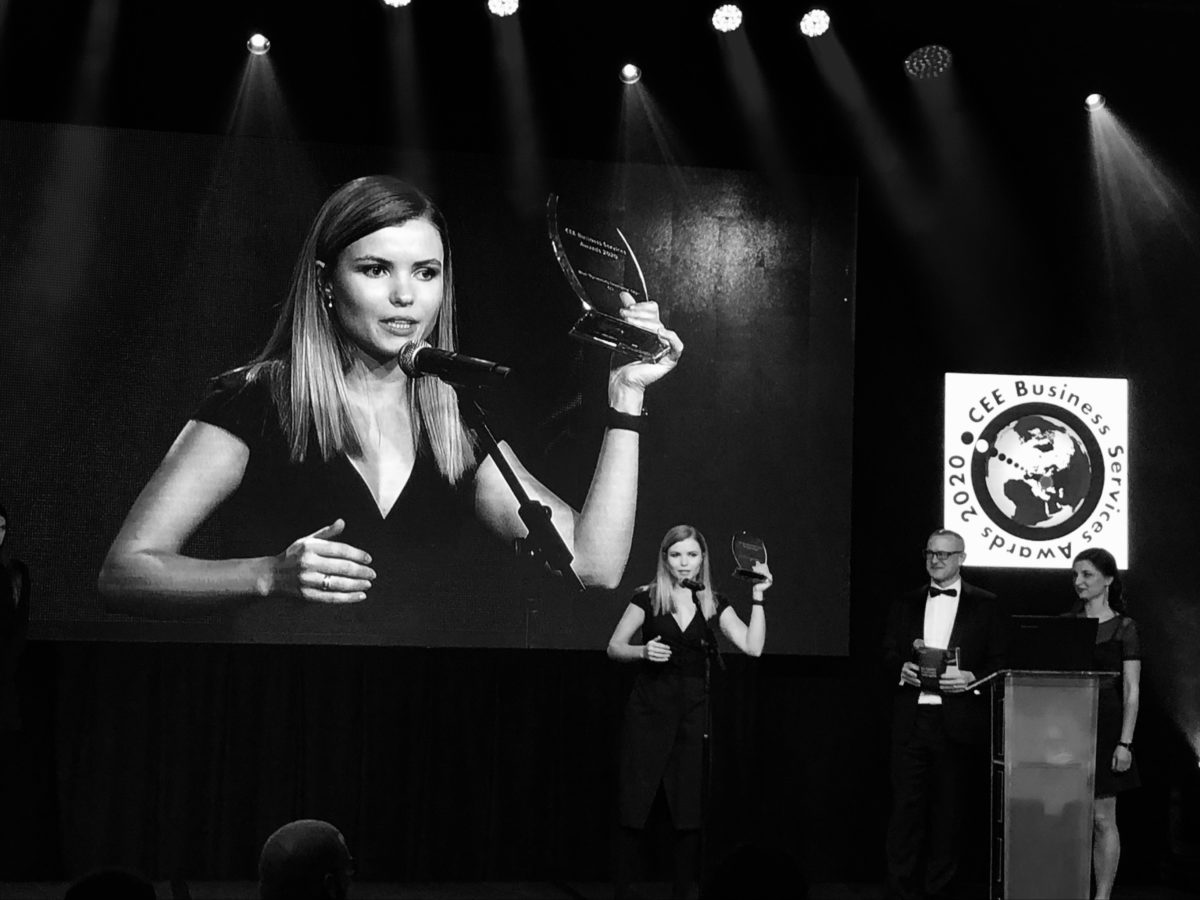 Lithuania based international companies and their representatives will bring home 7 awards from the Central and Eastern European Shared Services and Outsourcing Awards in Warsaw.

Vilnius was named the most dynamically developing city for shared services centres in the region for the fifth year in a row.

Lithuania based international companies were also honored for their achievements. SEB was named the Shared Services Firm of the year. The international jury decided that Danske Bank had the Top employer branding initiative. Ms Rosita Vasilkevičiūtė (Danske Bank (GSL) was named the Business Centre Manager of the Year. Cognizant Technology Solutions became the BPO firm of the year for the second time and received another award for the Robotics/RPA Implementation. Nasdaq (GSL) took home the name of the Top Financial Services Firm of the Year.

Laisvis Makulis, the Head of Business Services and ICT at Invest Lithuania, says that these awards not only celebrate companies’ improvements but also shows that the shared services centre cluster in Lithuania is getting stronger with every year.

“We are delighted that Lithuania based companies every year are acknowledged by the competent jury for their managerial skills and growing scope of functions. Every year Lithuania is strengthening its footprint as one of the key shared services hubs in the Northern region”, says Makulis.

“Vilnius is a very ambitious, progressive and open city. Shared services centres’ sector is one of the key sectors that contribute to the growing economy of Vilnius. Thus, I am delighted that we haven‘t stopped improving the ecosystem for this sector. Currently, Vilnius based companies are increasing the number of high value-added functions. More so, many well-known companies are making global changes right from this city. These ongoing trends show that Vilnius is both – satisfying the market needs and owning already earned companies’ trust“, states Vilnius city Mayor Remigijus Šimašius.

This year, Lithuanian cities and companies operating in the country were nominated in 13 categories. Vilnius, Kaunas and Klaipėda received nominations as top cities, while Citco, Western Union, McKesson, Moody‘s, AmerisourceBergen, Yara, Telia were nominated in multiple categories for their achievements.

CEE Shared Services and Outsourcing Awards are organized by CEE Business Media. The awards are adjudicated by an independent panel of industry professionals who recognise excellence in the region’s Shared Services and Outsourcing sector. 109 companies from Poland, Hungary, Czech Republic, Romania, Latvia, as well as Lithuania, Moldova, Ukraine, Estonia, Bulgaria and Slovakia were nominated for this year’s awards.

At the end of 2019, the Global Business Services (GBS) sector employed around 19,000 professionals in Lithuania and, based on preliminary data, contributed 1.2% to country’s GDP. Last year also marks the highest number of Fortune 500 companies investing in Lithuania.