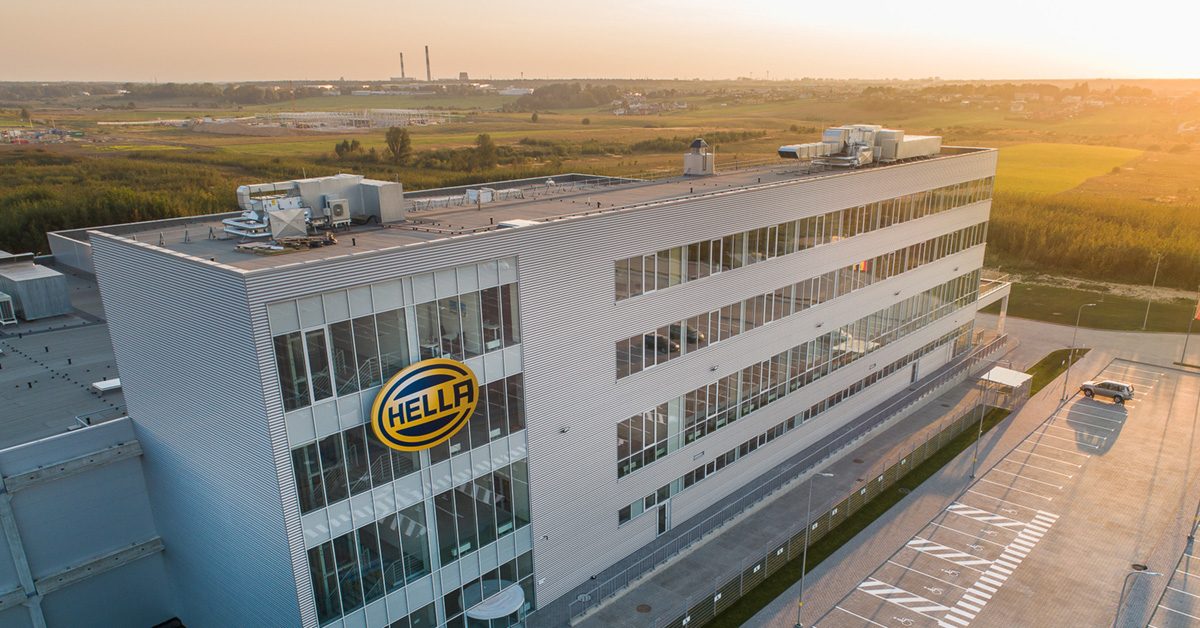 The following article by our Senior Investment Advisor Edgaras Vainauskas is the first in the series of opinion pieces by Invest Lithuania experts to be published on our website. Follow him on LinkedIn to stay in the loop regarding all things automotive in Lithuania.

There probably has not been a more intriguing time for the automotive industry than now. Autonomous cars, EV technology and the ongoing shift in the manufacturing landscape in Europe and beyond is what ultimately defines this period. Being lucky enough to be in the middle of these transformations, I want to share my experience and show what role Lithuania can play (and, in fact, already plays) in this new world.

German automotive components manufacturer HELLA is the latest in a string of international investors to benefit from Lithuania’s fast-track set-up processes. In August of 2018, the company celebrated the first shipment from its new facility in Kaunas, just 10 months after breaking ground on the project. How was this made possible?

There is no doubt that the company’s plans for the 8,000 square metre facility in the Kaunas Free Economic Zone were ambitious. But – as you will see from this and other examples – Lithuania is all about turning ambitions into results. Due to the process being streamlined and efficient (have I mentioned Lithuania being 7th globally when it comes to dealing with construction permits?), the plant started generating value ahead of schedule.

In under a year, the site’s 3,700 square metre industrial premises were built and fully equipped, together with a 2,300 square metre warehouse and 2,000 square metre administrative building. The site currently employs around 100 employees, with a total workforce of 250 planned for the first three years of development.

As of the day I’m writing this, HELLA’s plant is fully integrated into the company’s supply chain. For example, the BiLED HighBeam printed circuit board assembly, now produced at the Kaunas facility, is integrated into the headlamps of European-made cars. Production volume of the units is planned at more than one million circuit boards per year. That’s pretty impressive to say the least.

HELLA is certainly not alone, and the Lithuanian automotive cluster has more successes to celebrate. From the second half of 2019, fellow German giant Continental will begin production of Body & Security and Advanced Driver Assistance Systems at a new facility in Kaunas. With an investment of 95 million euro over five years, the 22,000-square-metre facility will employ 1,000 specialists in industrial engineering, logistics, manufacturing and quality assurance.

Besides, so far, I have only mentioned recent cases, but some already span decades. Last year, the local division of Japanese manufacturer Yazaki – a company that has been active in Lithuania for 25 years – announced annual revenue growth of 10 percent. The company’s Lithuanian facility produces wiring harnesses for Daimler (Mercedes-Benz) motor vehicles, as well as for Volvo and Renault trucks.

Old and new cases alike share one thing. They are all part of a broader strategy that focuses on streamlining processes and removing obstacles to investment.

No wonder that this business-friendly approach has seen the country continue its rise in the World Bank’s Doing Business index. The 2019 index rates Lithuania as the 14th most business-friendly country out of 190 ranked worldwide – far ahead of major economies including Ireland (23rd) and Germany (24th). Of the ten criteria assessed, the 2019 Doing Business index places Lithuania in the top 10 countries when it comes to Registering Property, Enforcing Contracts and Dealing with Construction Permits (where Lithuania climbed from 12th to 7th place globally).