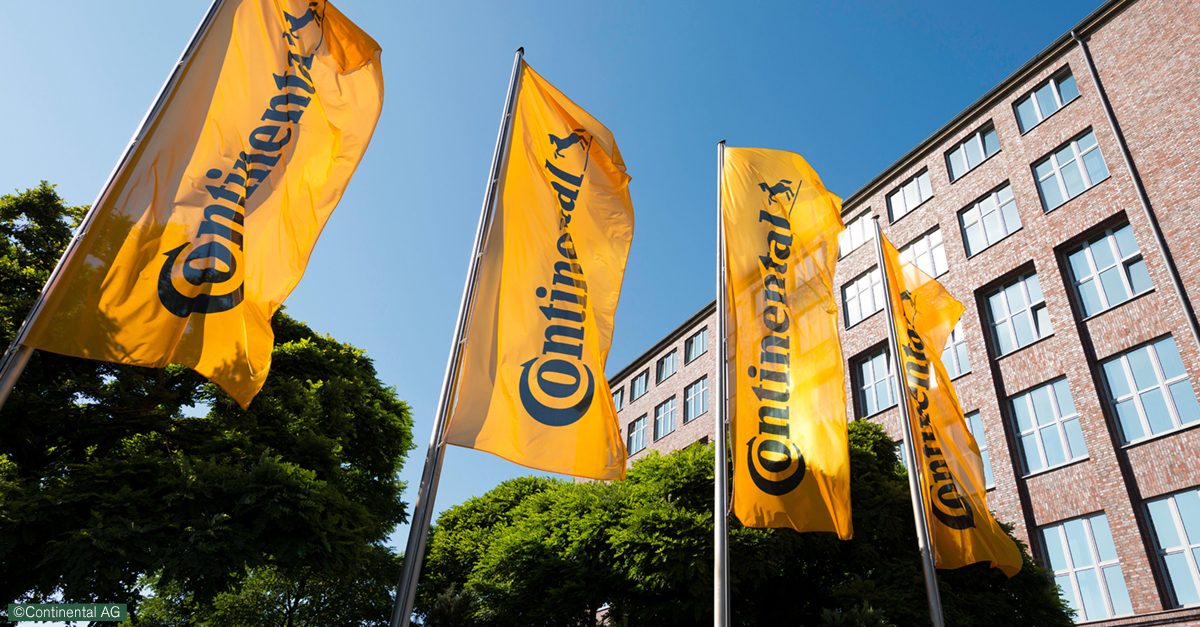 How Continental chose Lithuania and what employers and suppliers should expect

Executives at the German automotive giant Continental admit that when they were choosing a location for investments, they did not have sufficient knowledge about Lithuania or its specifics. They say: “We did not choose Lithuania; it chose us”. Simultaneously, they emphasise that having attracted one segment of the Continental Group of companies, Lithuania has the possibility to attract others as well.

Not stinting on praise for his partners from Lithuania, Mr Gruen claims: “We did not choose Lithuania; it attracted us by its preparedness, hard work and focus.”

“To select a site for a plant, we use the same methodology anywhere in the world. In the beginning, we searched for a suitable location in all countries in Europe,” Mr Gruen explains. “We were not focused on one territory, west or east. We compared them all as equal contenders. First, we had to reject countries where operations simply cannot be started due to the political situation, crises or other reasons. Then, step by step, we narrowed down our search and rather quickly had a top three of the most suitable countries. We checked all key factors – people, infrastructure and logistics – and Lithuania emerged as the best choice. Our discussions then reached an interesting point, because nobody had sufficient knowledge of Lithuania or its specifics. We had to rely on the materials collected by us, and this required some more time. We wanted to make the best possible assessment of all circumstances and be certain of the validity of the information we had.

“For example, Romania has a serious advantage in certain areas. But I believe that the people were of great significance for us – the way they work here, the way they met and supported us,” admitted the Vice-President.

When speaking of the specific location where construction of the plant is planned, Mr Ali confirmed that negotiations concerning a land plot on the territory of the Kaunas Free Economic Zone (FEZ) were taking place. However, information on the future site of the plant cannot be confirmed until the final agreement has been reached.

Emphasis on the people

Mr Ali admits that he was greatly impressed by the energy of the people in Lithuania.

“We see that your people have great potential for training and qualification; they communicate well and comply with the high standards necessary for high-quality staff. We expect that these factors will enable the excellent realisation of Continental’s standards, when work is done with passion and respect for discipline,” said Mr Ali, cautioning that the operations of the Government, bureaucratic apparatus and other institutions still remains to be seen.

Competitors will not interfere

Concerns regarding the construction of the plant are mostly centred on logistics due to the significant distance from Lithuania to other automotive plants. As the manufacturing of automotive components is not yet well-developed here, suitable logistics facilities are not available either.

“Generally, our customers pick up their orders themselves, but they do this visiting several suppliers rather than just one, so that the trucks do not travel around semi-loaded. However, it is still a couple of years until the opening of this plant and I believe that the situation is going to change over this time,” said Mr Gruen.

According to the company executives, it will become easier to organise the logistics as soon as we have more automotive component manufacturers in Lithuania.

According to Invest Lithuania, today there are approximately 50 manufacturers of automotive components in Lithuania. Will this encourage the plant to seek contacts with local suppliers?

Mr Ali replies that suppliers of certain electronic components, such as semi-conductors, are established globally, in line with Continental’s quality standards. The same practice will apply to operations at the new plant.

“We cannot say at the moment the exact date, but at some point in the future we will consider the offers of local suppliers. Practice at the Continental plants shows that eventually priority is given to local suppliers, with the aim of reducing logistics costs,” Mr Ali says.

When asked which Lithuanian companies should become interested in the future needs of Continental, he replies that these could be the suppliers of manufacturing equipment. Although the company’s plants always use standardized machinery, they always need specialised tools that could be sourced from local companies.

Although the company already has 28 plants, a new plant became necessary to meet the continuously growing demand for production.

“Until quite recently, cars did not have sensors, whereas now the numbers used are increasing consistently,” explained Mr Gruen. Moreover, additional capacities will be necessary when planning the preparation for autonomous technologies.

Press releases previously announced that door and seat control elements, smart automated window shading systems, adaptive speed maintenance systems and front radars for automated breaking functioning would be manufactured in Kaunas. However, Mr Gruen confirmed to VŽ that within Continental Group, the plant in Kaunas will be bigger than average, whereas the entire assortment of products being manufactured will be new. Eventually, it will become focused on the manufacturing of automated vehicle control systems.

Although the recruitment of employees will start at the beginning of next year, Continental Automotive Lithuania has already received its first curriculum vitae. The plant in Kaunas will need technicians, production managers, manufacturing, process and testing engineers, smart technologies and logistics specialists as well as managers – almost 1,000 people in total. The aim is to recruit as many local employees as possible, including managerial personnel.

When asked whether it is already possible to forecast the salaries, Mr Ali said that Continental does not publicise the salaries it pays in separate plants.

“Salary will depend directly on the level established in the market and will certainly be competitive. We are a high-level company that values its employees, develops talented people and seeks to retain them,” assured Mr Ali.

Various training programmes are planned for the Continental employees; however, these may vary subject to the training field and geographical location. Some of the training will be conducted on site with special facilities for this purpose. Naturally, some of the specialists will be sent abroad for training and on return will become instructors for their colleagues.

Expansion not an exception

Mr Ali agrees that the possibility for further expansion could be considered contingent on approval of this plant as a successful project.

“We are always on the lookout for growth opportunities,” he said. “That is why growth is anticipated in all our plans even at the initial stage. We will always be searching for the possibility to introduce the production of new articles. Although we have not yet anticipated any expansion plans for the next five years, they could definitely appear in the medium or long term.”