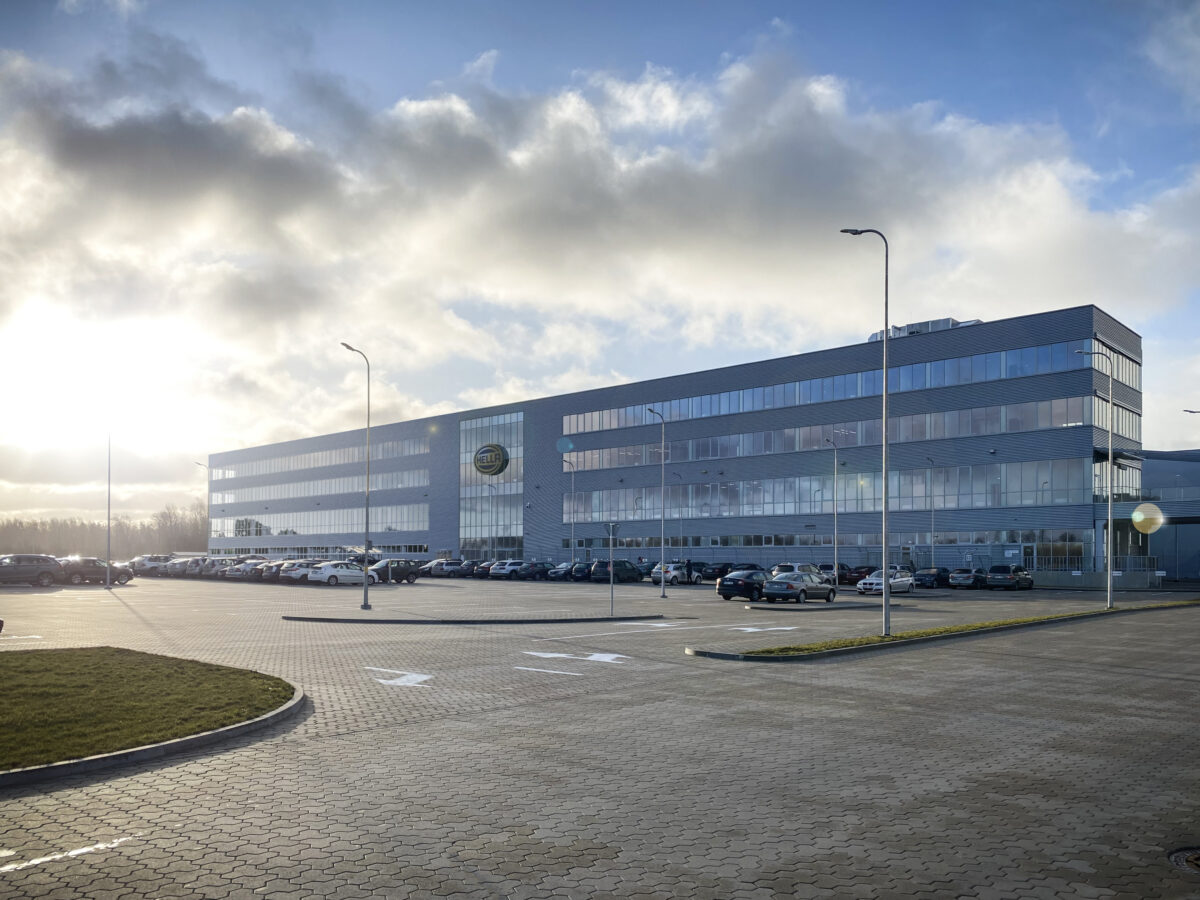 The internationally positioned automotive supplier HELLA is further expanding its electronics plant in Lithuania. The plant in the Kaunas Free Economic Zone started production of various electronic components in August 2018. At present, sensors and actuators, as well as photoelectronic components, are manufactured at the site and more than 180 employees are employed.

In view of the further increase in demand, the Lithuanian site is to be continuously expanded over the next few years. HELLA is therefore investing a medium double-digit million euro amount in the long-term expansion of its production capacities. As part of the expansion, the current number of employees is also to be increased by up to 250 new positions.  In the first phase, the building area of the plant will initially be increased to a total of 22,000 square meters. In addition to new production and office space, this also includes a laboratory facility of around 1,000 square meters. Series production of further electronic components, for example in the field of energy management, is also planned for summer 2021.

“In the last two years, the Lithuanian location has developed into an important pillar in our global production network,” says HELLA CEO Dr. Rolf Breidenbach. “The further investments will not only underline the importance of the location, but also lay the foundation for further growth in the electronics sector.