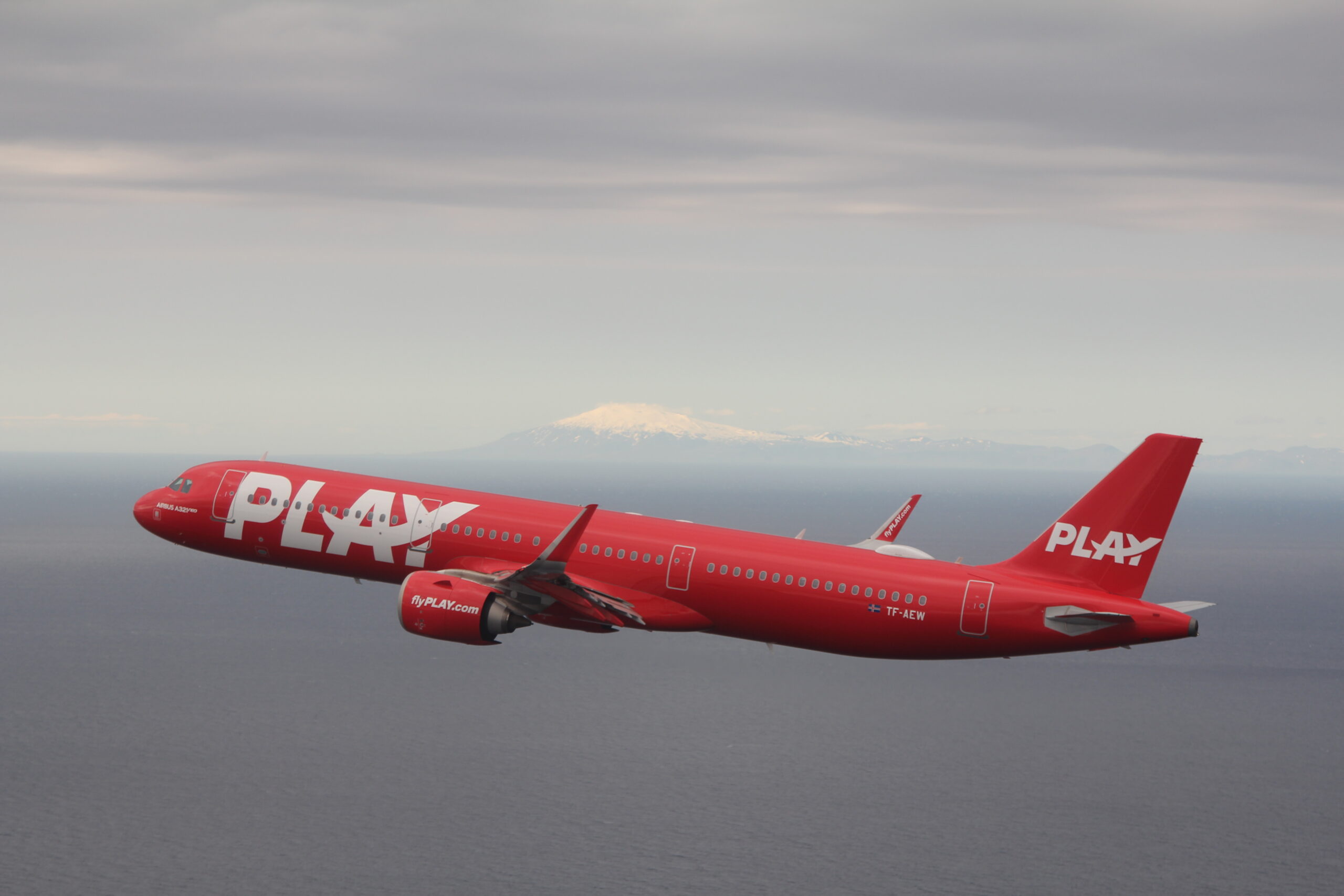 PLAY, a new and expanding Icelandic low-cost airline, has just announced plans to open an administrative and tech support office in Vilnius, Lithuania, in December. The carrier’s HQ and current flight operations will remain in Iceland, including flight and cabin crew and this expansion will open only new positions, causing no layoffs in existing locations. The Vilnius office will host various administrative and technical functions to uphold the company’s core values of on-time performance, simplicity, happiness, low prices, and safety. PLAY expects to find approximately 15 to 20 employees in IT services, digital development, marketing, finance, and customer service in Vilnius within a few months.

PLAY is a new low-cost airline currently operating flights between Iceland and Europe on new Airbus aircraft. Founded in Reykjavík in 2019 by a management team with significant experience in the aviation industry, the company has capitalized on the past year’s fast-developing and changing market to see impressive growth.

The airline received its air operator’s certificate (AOC) from the Icelandic Transport Authority in May and launched its Reykjavik-London Stansted service with an A321 NEO aircraft on 24 June, followed by six other European destinations in June and July. PLAY already operates three A321 NEO’s and plans to grow the company’s fleet to six of them by the second quarter of 2022. The growth will coincide with preparations for new service to the USA. The company expects to operate more than 15 aircraft by 2025 to fly to multiple destinations in North America and Europe. The carrier has already served 70 thousand passengers to date.

According to Birgir Jónsson, CEO of PLAY, while the company now has three aircraft servicing sixteen destinations and under 136 employees, he estimates they will more than double the number of employees to three hundred before next summer.

Locating some of PLAY’s administrative functions in Lithuania will ensure access to a larger talent pool of specialists. For example, PLAY’s hub-and-spoke model will require a 24/7 service centre that does not need to be based only in Iceland as most of the customers are non-Icelandic speakers.
Birgir Jónsson, CEO of PLAY

The new office is part of a plan to develop a more international company culture and create cost-effective relationships with new suppliers, service providers, and other partners. A local General Manager, Kęstutis Jasiulevičius, has already been hired in Lithuania, and a recruitment drive for other roles will begin soon.

“Lithuania offers a highly educated talent pool that’s oriented towards science, technology and engineering, and that labour pool is flexible, motivated and multilingual. It also provides a superb cost-to-quality ratio and the needed conditions to scale,” says Elijus Čivilis, General Manager of Invest Lithuania. “It is encouraging to see this recognized by such an up-and-coming airline as PLAY.”

PLAY successfully raised $90 million in fresh capital in an initial public offering (IPO) and is traded on the Nasdaq First North Growth Market Iceland. The following months are set to see the expansion of PLAY’s network as new destinations in Europe and North America get added, as well as a focus on preparations for its hub-and-spoke operations starting in spring 2022.