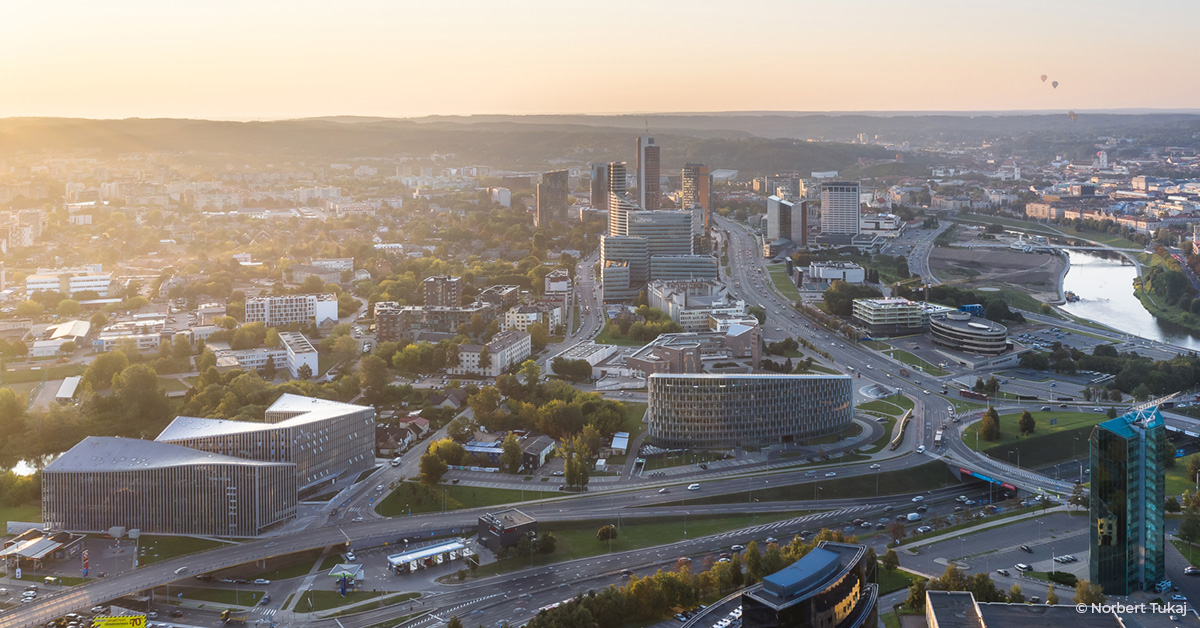 Financial Times: Vilnius on the up as fintechs prepare for Brexit

After attending the annual Fintech Inn conference that took place on 26-27th in Vilnius, Lithuania, Richard Milne wrote an article about the current fintech ecosystem and its future in Lithuania for Financial Times. Here are some excerpts of the text, the original can be found via this link: https://www.ft.com/content/ca357c24-2e13-11ea-a126-99756bd8f45e

The opportunity cost from Brexit is not always obvious. But in fintech terms, one only needs to look at Vilnius to see how others are benefiting from the UK’s likely exit from the EU.

The Lithuanian capital may not be home to any large fintech unicorns such as Adyen in the Netherlands or Klarna in Sweden. But Vilnius is the second-largest centre in the EU for fintech measured by the number of regulated companies. It has issued licences to more than 100 fintech companies, many of which are looking to set up a base in the EU to keep their passporting rights to operate across the bloc after the UK has left.

One of those is Revolut, the British digital bank which obtained a banking licence last year from Lithuania. “We have invested quite significantly into the country and it’s a significant hub for us,” Richard Davies, Revolut’s chief operating officer, told fintechFT.

Revolut has both banking and e-money licences in Lithuania, and 100 staff. Mr Davies said that after moving Lithuanian customers across to its new licences this year it would transfer those from other EU countries next year. It will also launch credit products in Lithuania next year, before rolling them out elsewhere later.

Mr Davies was one of the speakers at Lithuania’s flagship industry conference, Fintech Inn, which attracted more than 3,000 people last week to Vilnius, making it one of the biggest gatherings in the sector in Europe.

Alexander von Schirmeister, executive vice-president for Europe at UK-based mobile credit card reader unicorn SumUp, said: “The arrival of Brexit forced us to look at how we wanted to operate across Europe. The willingness for the Lithuanian government to become a fintech hub and how all the authorities work together to make it a receptive environment have been important.”

Lithuania originally saw fintech as a way of disrupting its banking industry, dominated by Scandinavian lenders seemingly unwilling to invest in new technology.

The Bank of Lithuania, the central bank in this country of just 2.8m people, introduced a regulatory sandbox just as Brexit suddenly made the country attractive, not just to European fintechs. Companies from Israel, Singapore, and China have all gained licences as Vilnius positions itself as a fintech gateway to the EU.

Marius Jurgilas, in charge of supervision and payment systems at the Bank of Lithuania, said: “Our strategy has not been built on targeting UK companies. We want to be an integral part of the global economy.”

A sign of that ambition could be glimpsed last week as Vilnius hosted a meeting of central and eastern European countries and China alongside the conference. Mr Jurgilas said one of the aims was to boost trade between the region and China, a pioneer in fintech, in part by using fintech to cut costs for small businesses.