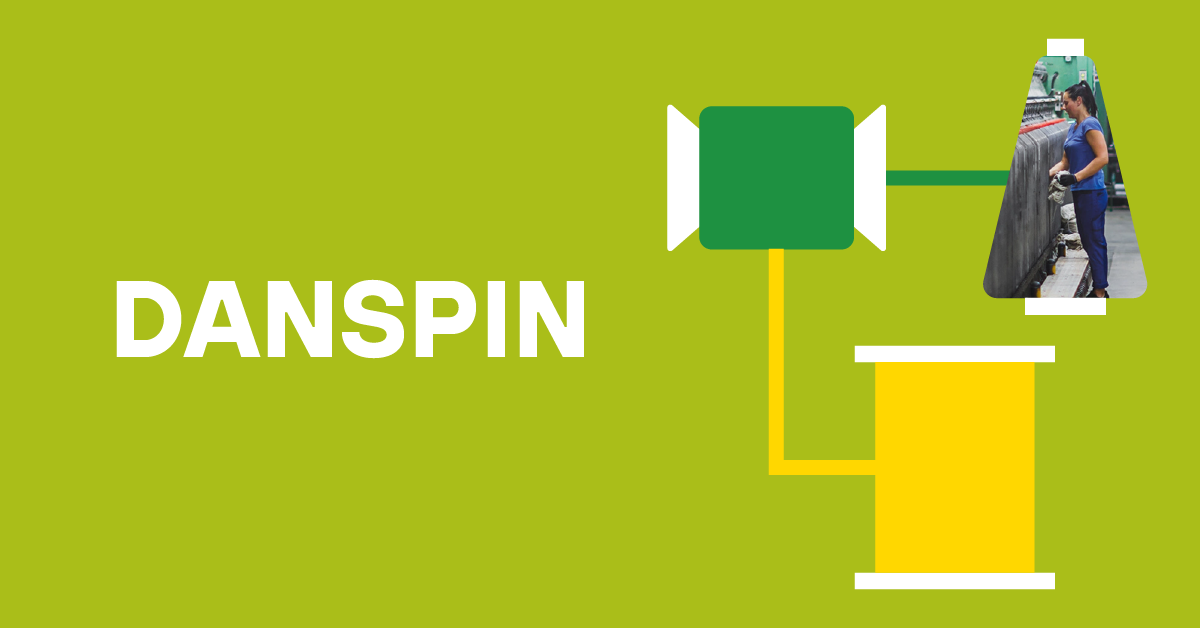 Danspin, a Danish-owned yarn producer, has announced expanding its capacity in Raseiniai, Lithuania. The company plans to add more than 60 employees in the next three years, with most working in production and managing the intricate spinning and carding machines. UAB Danspin is owned by the Danish company Danspin A / S, which has three main divisions. The branch in Denmark has a production laboratory, marketing department, and administration. The second division in Estonia operates a dyeing plant, where the spun yarn is further processed, and the Lithuanian division in Raseiniai is the primary production site for the company’s specialised carpet yarns.

The company’s process of yarn production relies not only on advanced machinery but also on skilled specialists. Today, the yarn factory in Raseiniai has 460 employees, the majority of which were from the city and surrounding district and approximately 65 per cent of which were women.

The factory uses over 50 tons of wool blend per day. The pre-washed raw material mainly comes from New Zealand, but wool from England, Spain, Greece, Iceland, Saudi Arabia and Asia is also used. As the company specialises in the niche carpet weaving market, its customers are large international companies from the United States, the United Kingdom and other European countries like Belgium, Holand, and Denmark. The yarn woven at Danspin is used specifically in carpet making because this fibre must be coarser and thicker than that used in clothing production. These yarns are most commonly used in carpets for aviation, cruise ships, hotels, offices and homes.

In order to turn wool into extremely high-quality carpet yarn, more than 80 million euros have been invested in the factory in Raseiniai. The production process takes place in a continuous cycle in three shifts, seven days a week. The company now operates at full capacity with quadruple carding and spinning production lines compared to 20 years ago. Today, it is one of the strongest producers of yarn in Europe and in the world.

This manufacturing plant was built in the Raseiniai district on former farmland, and there were few people with the training necessary in the local market at that time. The Raseiniai Labour Exchange helped prepare the company’s future employees with courses for spinners and carders partly financed from the Labour Market Employment Fund.

According to Rosvaldas Kunickas, Director of UAB Danspin, in order to retain employees, the company has developed a points-based motivation system, common in Nordic business culture, and adheres to Lean Manufacturing principles.

We're always trying to improve our production and management processes. Right now, we're using Kaizen practices, which are already popular with all our employees.
Rosvaldas Kunickas, Director of UAB Danspin

In addition to improving the working environment for its employees, the company is actively involved in social activities in the entire Raseiniai district. An annual budget of about 30 thousand euros is used to support events and projects of various local communities, associations and unions. Funds are also allocated for athletes of the Raseiniai district. There are Danspin-sponsored tennis, cycling and football teams.

“It is encouraging to see foreign investment into manufacturing and the surrounding community, especially in smaller cities,” says Elijus Čivilis, General Manager of Invest Lithuania. “Danspin proves that Lithuanian workforce is recognised as ready to learn and is capable of filling labour needs.”

UAB Danspin can produce over 400 different types of top quality yarns, each varying in colour, thickness, twist and composition. The wool can be blended with metal fibres to prevent the fabric from electrifying, synthetics for fibre resistance, and other animal products to suit design needs. The company processes an amount of wool each day from 15 000 sheep. The length of the yarn produced per day could wrap around the earth twice — about 85 000 kilometres. In a year, the amount produced could stretch from the earth to the moon and back more than 25 times.